Rupert Inglis was born in May 1863, the youngest son of Major-General Sir John Inglis, KCB, one of the heroes of the siege of Lucknow in 1857.  Rupert was educated at Rugby and was obviously an accomplished sportsman, being awarded his rugby colours in 1879 and 1880, and football colours in 1881, as well as playing cricket for the school.  In 1881 he went to University College, Oxford and played for both the rugby XV and the football XI.  On leaving Oxford with a Bachelor of Arts he joined Blackheath Rugby Club and was capped three times for England.  His family still have a letter addressed to him asking if he would “make your way to Lansdowne Road on …. matchday, we would be very pleased if you would represent England”.

After graduating from Oxford in 1885, he moved to Ely Theological College and was ordained a Deacon at York in 1889, having served part of his curacy in Beverley.  Rupert completed his curacy in Basingstoke in 1892 and was made a Priest the following year in Winchester.  He continued to serve in Basingstoke until he was appointed Rector of Frittenden in 1900, succeeding Thomas Hallward.

The 1911 Census recorded Inglis living at The Rectory [now the Old Rectory] with his wife, Helen Mary neé Gilchrist, who had been born in Australia.  They had been married in June 1900 and by the 1911 census had a daughter, Joan Clare Thesign, aged 9, and a son, John Gilchrist Thesign, aged 4.  A second daughter, Margaret Cochrane, was born in August of 1911. 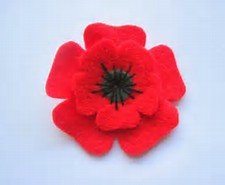 Too old to serve as a soldier in the First World War and not prepared to send the men of the village to War without accepting the same risk, Rupert joined the army as a Chaplain.  Rupert wrote to his parishioners:-

I think most of you will understand how I come to be writing from France. I have felt that in this great crisis of our nation’s history, everyone ought to do what he can to help. I have said this both publicly and privately, but it has been hard to tell people that they ought to leave their homes, to go out into strange and new surroundings, to endure discomforts and danger—perhaps to face death—it has been hard to tell people that this was their duty and then to remain comfortably at home myself. So that is why I have left you for an indefinite period.

I am proud, very proud of what Frittenden has done. I know how hard it has been for many of the soldiers to leave their homes and their families and occupations; but the harder it has been, the greater the credit and the greater the reward.

I need not tell you that Frittenden will be constantly in my thoughts and that it will make things easier for me here if I hear that everything is going on well in the Parish.

I ask for your prayers. I ask you to pray that I may be a help to those to whom I have to minister out here. That God will bless and keep you all, is the prayer of

We are fortunate that some of Rupert’s letters home were kept and these give us a fascinating picture of life around the hospitals and the casualty clearing stations closer to the frontlines.

Rupert spent a great deal of his time censoring the men’s letters home, as well as writing them for those whose injuries meant they could not do this for themselves.  His own letters home request comforts for the men: such as music, papers, cigarettes and food, which he would then give out during his visits around the wards.  Of course he was also very busy with services and creating a peaceful chapel for the hospital.

He was killed near Ginchy during the Battle of the Somme on 18th September 1916, while collecting wounded from no-man’s land.  He was one of 179 army chaplains who died whilst serving in WWI and it was in recognition of their tireless work that King George V conferred the prefix “Royal” on the Army Chaplains department.

“…He was killed while bravely attending the wounded under heavy shell fire.  He had already been recommended for the Military Cross for gallantry, and had he lived, his name would again have been sent in.  His loss is a personal one to all officers and men of the 16th Infantry Brigade, and indeed of the whole Division.  He died nobly, doing his duty and setting a striking example to others…” 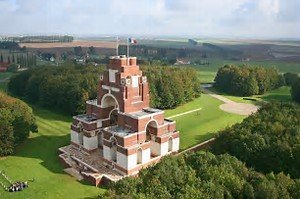 Rupert’s original grave was lost in subsequent fighting and he is commemorated on the Thiepval Memorial to the 72,246 British and Commonwealth missing from the Battle of the Somme.  At age 53, Rupert is the oldest recorded person among those commemorated.

The Lych Gate at the entrance to the churchyard was erected to the memory of Rupert Inglis, and was dedicated on All Saints Day 1917 by Mr Tomlin, Deputy Lieutenant of Kent.

The inscription above the lych gate, from the Book of John, reads “Greater love have no man than this, that he gave his life for his friends”.

The information on this page as been kindly provided by the Frittenden Historical Society.